From interns to Junior QA Engineers

Today, Svilen and Nikolai are junior QA engineers at Astea Solutions, but a few months ago they did not know almost anything about the company. That fact makes our goal to find out more about their journey throughout the internship program even more exciting.
Read more to find out what they had to say and what Astea surprised them with. 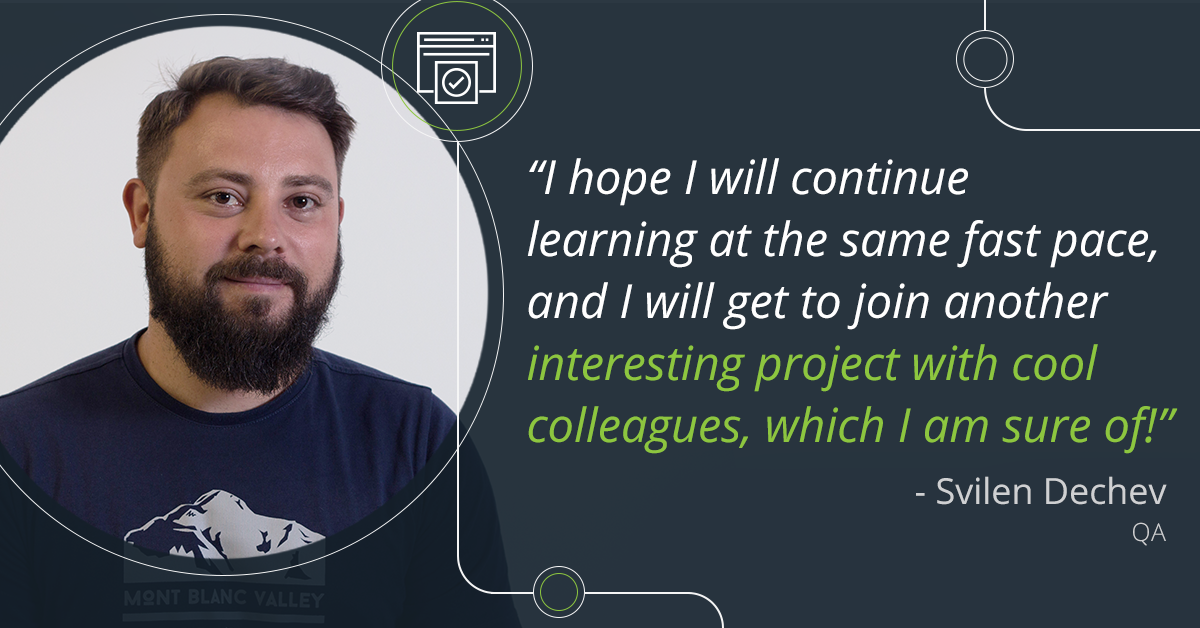 Svilen Dechev, QA
My name is Svilen, 34 years old, and I am pleased to say that I recently became a part of Astea. I love spending my free time outdoors, best case scenario — somewhere above 1500m. I find this to be the best way for me to escape the city and recharge myself.

What brought you here as our intern?
I have enrolled and graduated from one of the IT academies here in Sofia. I felt lucky because I landed a job on my second interview with one of the biggest IT companies. Even though I have been very keen on computers and computer games since early age, nowadays who isn’t, I did not have a lot of experience. So there it was — I had a job, but I did not feel like it was the right place for me. My desire was to learn new things while having fun and feeling good about myself. I cannot recall how I found out about Astea’s internship. I had never heard of Astea before,so I decided to do some digging and soon I applied.
A few days later Vanya called me and I had an interview with Sashko and Niki. After everything being said and my first meeting with the Asteans I thought to myself — “Those are the people I would like to work with”.

What was your involvement in the project and how did it feel?
I was a part of the QA team for the project. In the beginning, we did not have the whole information on what the app was supposed to do. For us, the QAs , everything should be properly defined — how the app would look like and how it would work. I had a lot of questions which led to a lengthy discussions with the rest of the team. Day after day, meeting after meeting, we were able to connect the missing pieces and I think the app turned out to be great and it was actually working! 🙂

Did Astea surprise you with something?
Maybe the biggest and the most pleasant thing was how friendly and supportive everyone was. I thought it would be hard to find answers to the questions that I had. I knew that everyone was busy and focused on their work but they were always there for us when we had questions, even if they were silly sometimes. I was very impressed with all the additional benefits Astea is providing to its employees, and last but not least how quickly Alexander (our QA lead) helped me learn automated testing.

Now what?
I hope I will continue learning at the same fast pace, and I will get to join another interesting project with cool colleagues, which I am sure of! 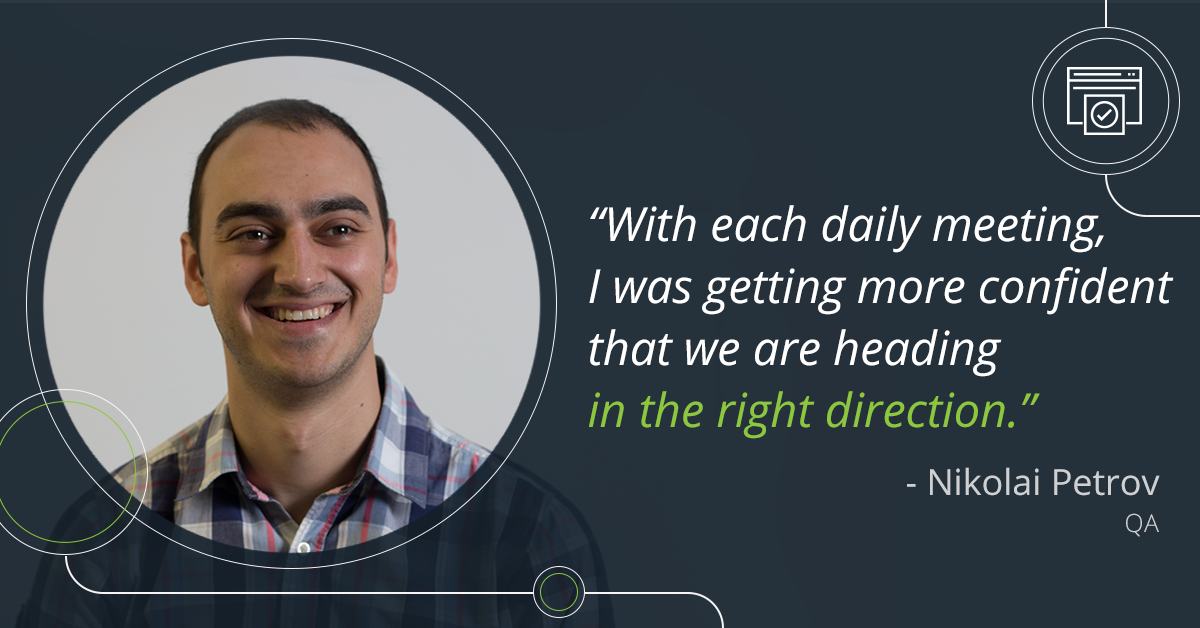 Nikolai Petrov, QA
I would say that I have a very strange biography till now 🙂 My high school was “Mehanoto” in Kazanlak. I started studying electrotechnics in the Technical University here in Sofia. In the first and second year I worked as an IT guy, I repaired PCs and other office and store equipment. Before finishing my Bachelor’s degree I started learning JAVA. When I graduated from the university I started working as аn installer of wireless connections for a mobile operator, and after that I started an office job in an electrical distribution company. Then, I started studying Master’s degree in electrotechnics, and now I am at Asteа.
In short, I would say that I am a tech guy.

What brought you here as our intern?
I think that it is odd for Astea but it wasn’t FMI 🙂 Completely accidentally I saw in a group for QA jobs in Facebook that someone was looking for QA intern vacancy and someone else has answered that Astea is looking for interns. I decided to give it a try.

What was your involvement in the project and how did it feel?
My work included almost everything that someone in a QA role is usually doing, which was good. I was creating test plans and test cases in a test management system. The intern project required an exploratory testing. I was writing automation tests. The project started super fast but a little chaotic in my opinion. With each daily meeting, I was getting more confident that we are heading in the right direction. Just before the end of the project, we had to radically change the design. As a QA I didn’t like it 🙂 But I thinк that at the end project was successfully completed.

Did Astea surprise you with something?
I was surprised by everyone with their smiles and positivity, and by the friendly atmosphere.

Now what?
I hope that we will finish our app successfully. I look forward to being included in my first real project for which I think that I am more prepared now.